The Valkyrans are a space-faring race that were very prominent in the galaxy before the Galactic Alliance emerged. They are very warlike in their ways and primarily survive by preying on other ships. That is how they have come to be known as Valkyran Raiders, the most infamous of space pirates. 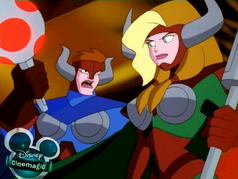 Valkyrans are human-like in appearance, possibly being descendants of humans that colonized some far-off planet and developed apart from them, forming their own society and laws. However, this is only a hypothesis and not to be taken at face value, for their skin pigmentation looks pinker than that of the average human. What we do know for sure is that they are as diverse in genetics, despite primarily being pale and fair. Size does not seem to matter to them, for both largely-built women and those of smaller build are prominent in their ranks. However, size might play its role, since their leader, Brun, is almost twice the size of the largest Valkyran.

Valkyran males have never been seen to this day, if they exist at all.

The Valkyrans were once a dominant force to be reckoned with in the galaxy before the Galactic Alliance was formed. It is implied through this that they are far weaker than they used to be, 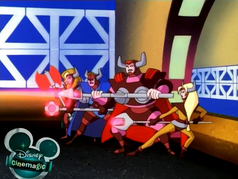 and perhaps this is why they now make a living by attacking other ships and are rarely seen within the Alliance's borders. As revealed by Brun in "42", "Long before your so-called Galactic Alliance, Valkyrans ruled these space ways." The Valkyrans don't seem to have any intention of ever joining the Galactic Alliance. It is probably for this reason that they have now turned to preying upon vessels in the Alliance's jurisdiction in revenge.

Currently, Valkyrans roam the stars like space pirates, attacking unguarded ships to steal their cargo or stripping derelict spaceships for scrap metal and extra parts. Although scavenger-like in nature, they are very proud and fearless, preferring to fight for what they steal, enjoying a good raid, but knowing when to back down and conserve their numbers. 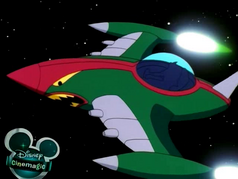 Not much is known about Valkyran culture. They seem to be nomadic in nature, preferring to roam the stars than remain on their unnamed homeworld.

Their ships are colorful and adorned with painted faces, with wide eyes and sharp teeth. Even the insides of their ships have almost tribal-like designs upon their walls, using harsh lines and geometrical shapes like triangles to decorate them.

Their armor consists of skin-tight clothing and breastplates. Some of them, perhaps those highest in command, wear capes. However, every Valkyran helmet has horns, but whether there is any significance behind this feature besides a cosmetic one to appear more daunting to their foes is unknown.

Their society is probably matriarchal in nature, since so far we have only ever seen female Valkyrans. Brun seems to be their commanding officer, since she ordered fire upon Star Cruiser 42, with Sig and Hilda as her seconds-in-command. Although high-ranking officers, all three fight alongside the other Valkyran warriors, not settling for simply issuing orders. 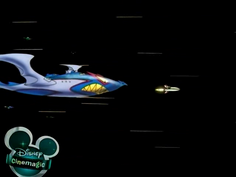 The Valkyran fleet is composed of female warriors who use laser-based bludgeoning weapons like maces, spears and polearms to fight in close combat. Each warrior flies a small, one-manned personal spacecraft that shoot twin beams from their wings in raids. Something all their ships have in common are the bright colors and painted faces, their mothership almost looking shark-like in appearance. Its body is as sleek and aerodynamic as their personal craft, with a stinger-like tail and fin-like wings. However, the face on the mothership is not just decorative, for its large yellow teeth peel back to allow ships to enter and leave and its eyes fire twin particle beams upon their foes. They also use tractor beams to pull in enemy ships.

The Valkyrans employ the use of a dimensional warper to sneak across the galactic border undetected. They were even able to escape Team Lightyear a few times by implementing it during their pursuits. The LGMs built a sensor that was installed into Star Cruiser 42 to allow Team Lightyear to outsmart their technology, but it was unsuccessful. To this day, the Valkyrans are still in possession of the dimensional warper and continue to roam the stars pillaging.

Nothing is known about their homeworld besides the fact that it has a south. All Valkyrans have a heavy accent.

Retrieved from "https://blosc.fandom.com/wiki/Valkyran?oldid=25366"
Community content is available under CC-BY-SA unless otherwise noted.