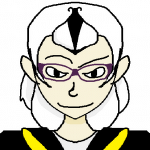 aka the user that seems to pop up everywhere

819 Edits since joining this wiki
December 4, 2013
Retrieved from "https://blosc.fandom.com/wiki/User_blog:PyroGothNerd"
Community content is available under CC-BY-SA unless otherwise noted.