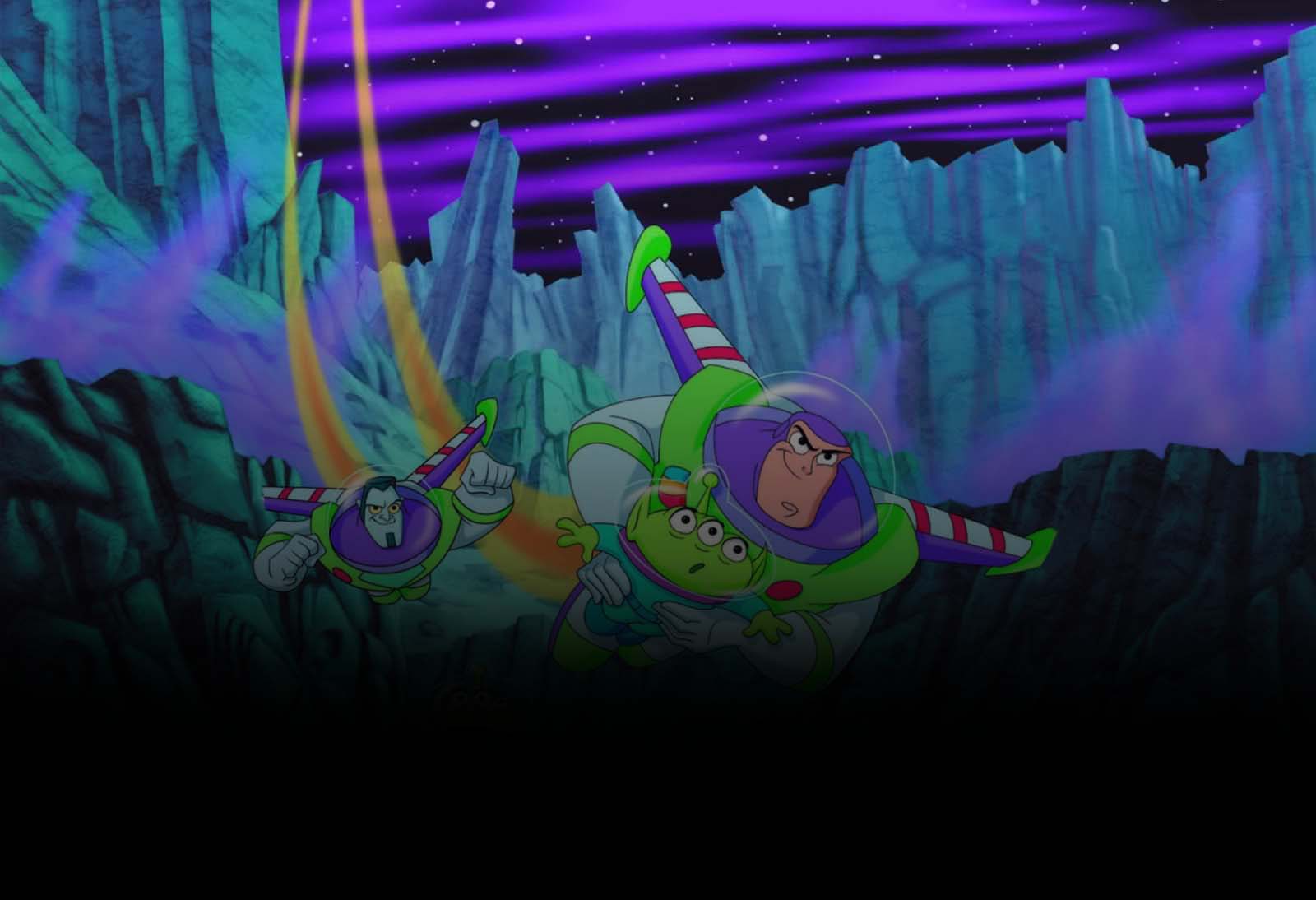 where you hear I don't believe your crap because I freaking know it's not true"?

Are you not listening to his tone of voice? At all?

(edited by PyroGothNerd)
A reply to PyroGothNerd
0
Did you hear Buzz's tone? That was a tone of "I don't believe your crap because I freaking know it's not true" which usually comes as a result of already knowing whom your father is.
(edited by PyroGothNerd)
A reply to PyroGothNerd
0
Reece0123 wrote:
oh come on pixar/disney plz bring back the show! like about the brain pods and if zurg is really buzz´s dad why cant there be a movie about this it be in buzz lightyear of star command 2 if disney/pixar would do it.

Zurg already revealed he was lying about that.

I have a headcanon that he's a member of an endangered species, which is why Star Command never makes any attempt to kill him, or go to direct war with him.

I saw this great NOS-4-A2 amv on Youtube once that had a song called "Diablo" in it, but I can't find it anymore. It was really good, and I saw it just a few months ago.

Don't ask a question and then answer it with some simple highly unlikely reason.

It's because of the creativity of the design.

Think about itm, this is one of the only shows where you ever hear of a robot vampire who drains electricity.

He also has a great voice actor.

To say it's only because he's hot is an insult to the time and effort spent in developing this unique character.

(edited by PyroGothNerd)
A reply to PyroGothNerd
0
Quote:
Yeah, it's like "Psyche! Made ya look, ya dimwit!" it's funny. I still think he's at least partially human.

I like to think he's a species not yet revealed in the show.

(edited by PyroGothNerd)
A reply to PyroGothNerd
1
Quote:
hey, just for the record, I think they stole from Star Wars and that Zurg is actually Lightyear's dad in a robo siut like Vader. He did admit to being Lightyear's dad in toy story. I think he's organic, an alien of dsome sort, or human. Here's my theory: Zurg was once a guy named Cade Lightyear, and shortly after the birth of his son, Buzz, got into a bad accident, causing him to be put in a bio suit and he went bad. But he was a space ranger once. Also, Star Command was going to create energy vamps but scrapped the project, that's how Zurg got the plans for NOS.

First: It wasn't "stolen" it's called homage, it's one of the most basic film concepts.

Second: Toy Story takes place in a separate world than the animated series.

In the series, he was lying, and both Zurg and Buzz make it obvious he was lying, from Buzz's "What?" in a "How stupid do you think I am?" tone, to Zurg laughing at Buzz for letting Zurg's lie catch him off gaurd.

See the video to the right if you don't believe me.

(edited by PyroGothNerd)
A reply to PyroGothNerd
0
Quote:
I personally believe that Zurg is an organic creature with legs and feet. I like the idea he is an alien instead, but in The Torque Armada you can hear his footsteps when he is walking away from Torque on the table. I doubt the producers would put that minor detail into him to find it was just a fake-out and he was just a little brain in a suit with wheels.

You've got a good point

Or, what if it's a passed down name? Like Zurg the (insert number) but it's so long he skips that part?

Also, he referred to his Grandma as "Nana Zurg"

Is Zurg his surname?

Or maybe Zurg is a title given to whoever is ruling the planet, kind of like "The Dread Pirate Roberts" in The Princess Bride. Nana Zurg, his Grandmother, could have ruled the planet prior to him, and then gave him the title of "Zurg"

... okay maybe the Buzz's Father thing is going a wee bit too far.

Yeah, Pixar made it clear that for the series, he was lying about being Buzz's father.

Zurg: Those are facts...I already know my facts....what I don't kno is YOUR INTERPRETATION OF THOSE FACTS!!!!

(edited by PyroGothNerd)
A reply to BlackSteel
0